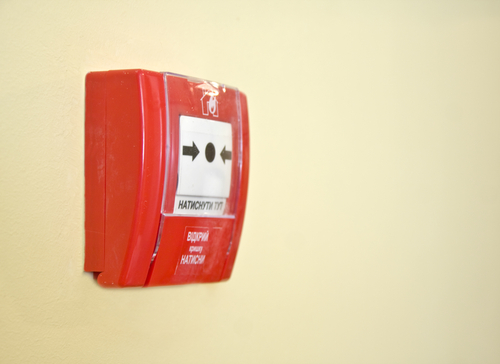 Did you think it was cute to pull the fire alarm in high school?

How about yelling “fire” in a crowd when there’s no emergency?

I’m Lawyer Alexandria Serra, this is Lawyer Talk Thursday (catch it every week on Instagram @alexandriaserra), and you’re about to find out.

In the past week, El Paso saw at least two examples of people in public saying there was an emergency when there wasn’t. Actions like that can break the law in one of two ways:

What is considered a False Alarm?

Let’s start there, with understanding what a false alarm is defined as in the law.

You can be charged with this crime if you knowingly initiate, communicate or start a rumor of a bombing, fire, or other emergencies that you know is false, and if your actions do ONE of the following:

This offense is a Class A misdemeanor unless it’s at a school or some other areas – then that’s a State Jail felony.

How is a terroristic threat different?

You can be charged with this crime if you threaten to commit any other crime involving violence so that you:

(There are also a few other categories)

A terroristic threat can be charged as a Class B misdemeanor all the way up to a third-degree felony, depending on who you threatened and where it was.

If you have no idea what I’m talking about, both of these things happened in the same weekend:

(1) someone yelled “fire” in an East El Paso movie theater, causing it to shut down temporarily; AND

(2) a “celebrity” caused police to respond to a “shots fired” call at Cielo Vista Mall.

Read about it here: