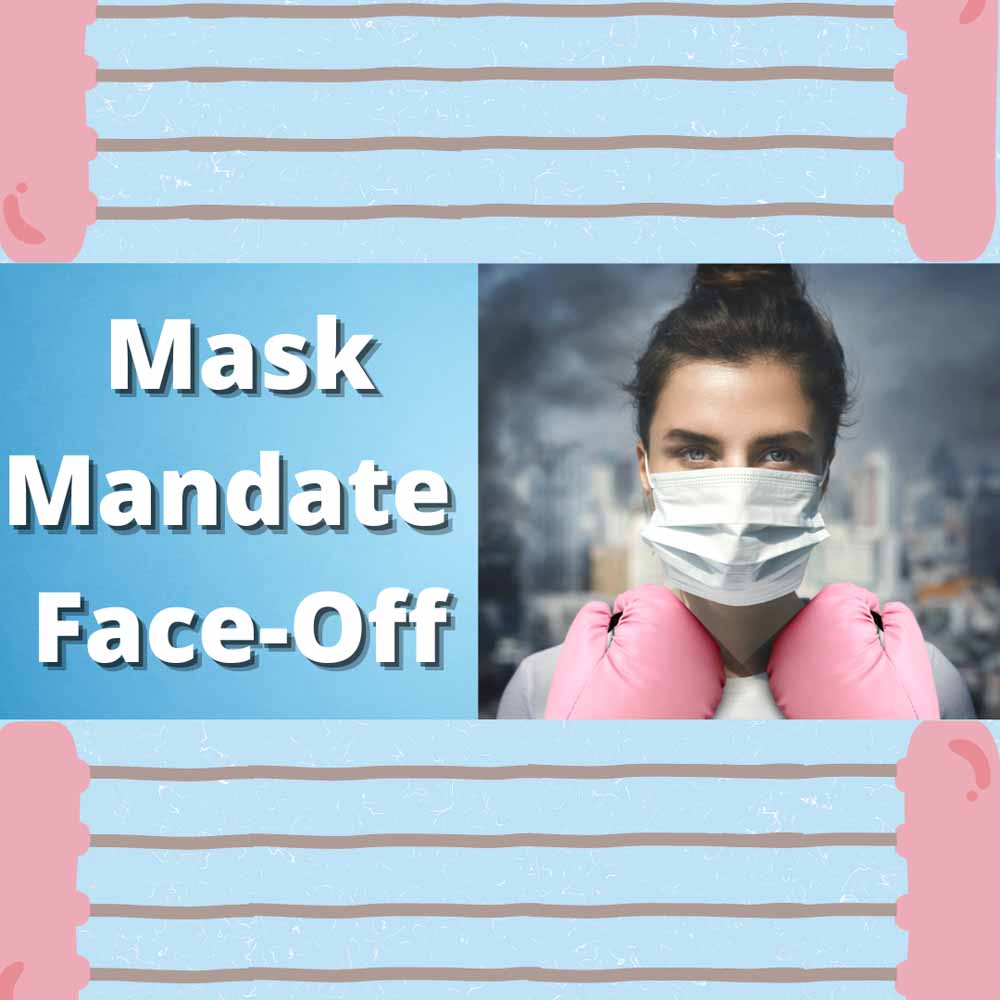 Round 1: Samaniego v. Abbott – we all know how that turns out.

Round 2: Lesser v. Abbott – who will win in the epic mask mandate battle?

I’m Lawyer Alexandria Serra, and in this week’s episode of Lawyer Talk Thursday (catch it every week on Instagram @alexandriaserra), I'm going over the newly established mask mandates in El Paso.

Pop quiz: can cities or counties really sue the governor? They sure can. And school districts can too. When a government official or body, such as the governor (in this case, the executive branch in Texas), acts outside its authority, it can be sued. If the government is abusing its power, it’s got to be smacked down by the judiciary!

Last week Governor Gregg Abbott attempted to enforce an executive order (GA-38) declaring that mandatory mask mandates and shutdowns could not be enforced. In response to this, El Paso among other Texas cities filed a lawsuit against him. The City argues that Abbott doesn’t have the right under the laws of Texas or its Constitution to tell municipalities what to do during a disaster. They claim his executive order is unconstitutional and outside the scope of his powers. Abbott claims he can do exactly what is set out in his order.

While the legislature could come in and make a law, that's not likely to happen - so Abbott and local governments are going to have to duke it out in court. In El Paso, a County Court Judge ruled in the City’s favor and granted a temporary restraining order against Abbott.

What we know so far

Per the order, Abbott and representatives cannot enforce GA-38 in El Paso.

If EPPD chooses to enforce it, it comes with a ticket (aka a class C misdemeanor) with a fine up to $500 and no risk of jail time.

The next court date is on August 31 and the case is set for a Temporary Injunction Hearing, where Abbott may be stopped from enforcing his order for a longer period of time.

So, my friends, I’d love to hear from you! Feel free to email me at info@serralawpllc.com

Thinking about getting “baked” in Texas?
Have you ever wondered what an officer can and can’t do during a police encounter?