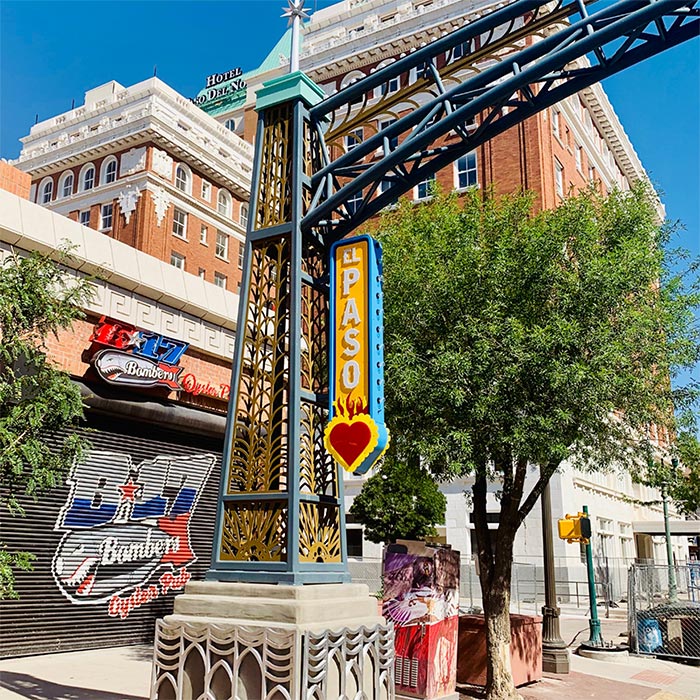 I really thought my post-election hangover would be over by now. But it’s 5:46pm on November 4th and SERIOUSLY NEVADA, could you please stop being so dramatic and just post results!!

Speaking of dramatic, this intellectual fistfight between Mayor Margo, County Judge Samaniego, and Governor Abbott about COVID restrictions is one for the ages. Let me break it down for you.

Do I have all the answers? Absolutely not. But the good news is, this issue was litigated in front of Judge Moody in the 34th District Court in El Paso this morning. I tuned into the hearing where each side argued their points. There’s no doubt that the results of this case will have far-reaching effects in other areas of Texas as well. Judge Moody will make a final decision by Friday.

The Question: Can a Presiding Government Official of a political subdivision (county/city) issue regulations that conflict with a Governor’s Order during a State of Disaster?

HERE’S WHAT WE KNOW:

Executive Order Number 32, that's Abbott's order, mandates the reopening of Texas. The order includes increasing capacity of businesses up to 75%, or where there's high hospitalizations rates, up to 50%. It removes all restrictions on outdoor activities and provides for many more “open Texas” type features.

In Executive Order 32, Abbott states that his order preempts any local laws. "Preempt" is a fancy legal term for “my rule of law governs everything, and it doesn't matter what local laws or ordinances say.” In other words, he things his executive order trumps everything that is inconsistent on a local level.

That’s problematic because Judge Samaniego Order Number 13 from last week conflicts with #32 significantly. Samaniego ordered the closure of non-essential businesses and forbade gatherings of any type, inside or outside, in groups other than family that live together.  Right after Samaniego’s order was issued, the Texas Attorney General tweeted (yes, tweeted) that it was null, void, and unenforceable.

You can read the local order, here: https://www.epcounty.com/documents/Order-No-13.pdf

Well what do we do now? Let’s review the law:

Texas Government Code Section 418 is our disaster Bible in times like these. This section of the code is the law that applies once a state of disaster is declared by the governor. It gives broad powers to the governor; to recommend evacuations, to control entry and exit of a disaster area and most relevant to these discussions: to control occupancy of different premises (e.g., businesses, restaurants, etc.). Once the governor declares a state of disaster, he can suspend state laws and change how state regulatory agencies operate on the state level.

That’s all well and good, but that same code also gives these powers to local governments. Section 418.108 gives the EXACT SAME POWERS to the presiding person of a political subdivision (fancy legal terminology for a county or incorporated city); to order evacuations, control Ingress or egress (entry/exit) to a disaster area, and to control the occupancy of different premises.

Confusing? I think so!

The problem with this statute is that it doesn't say what to do when the governor and a leader of a political subdivision are at conflict. What we do know the black letter law of that statute says when a Mayor and a County Judge conflict, the County Judge wins. Sorry, Margo!

That’s why a court must decide these issues.

What are the arguments on each side for governor versus County Judge? The County Attorney issued an opinion outlining what their main arguments are going to be:

(not very impressive argument when some governor’s orders can preempt)

(I could probably buy this one)

Of course, the Attorney General is saying that the governor’s order preempts local rules during a disaster, especially as the leader of the State.

What’s actually happening in El Paso is pretty much chaos. Enforcement is happening on the state level and on the local level by different agencies . . . and EPPD is not involved.

We've got state agencies like TABC running around shutting down bars because they're over capacity or they're not following Abbott's executive order.

If you have been cited for the county judge's order and it ends up being invalid, obviously that citation doesn't mean anything. If it does end up being valid, and that's what the Court decides, then you may have to pay that fine or hire some like one like me to defend you.

So much up in the air.

COVID-19 & THE BORDERLAND: OCTOBER UPDATE
What Your Employer Can and Can't Do During COVID